It is not a secret that Madeira is one of the world’s most captivating islands. Its exotic wildlife, the towering mountains, and the lush forests set Madeira apart from the more popular islands of Majorca and Menorca.

Considering how the island continues to be unexplored, many people may still be unfamiliar with Madeira or may not even know a lot of things about its spectacular shores.

Here are ten things you didn’t know about Madeira Island that will surely convince you to add it to your travel bucket list:

Madeira might not be the only island in the Atlantic that abounds with general flamboyance and colorful feather headdresses when the month of February comes, especially if you consider the epic party in Tenerife.

Don’t be fooled into thinking that February is the only fun month in Madeira. The island also lights up the skies in June with the Atlantic Festival. Fireworks adorn the night sky above the Bay of Funchal for four consecutive Saturday nights in June. The Madeira Film Festival and the Funchal International Film Festival also bring delight to all movie fans and moviegoers and often transform the capital into a pleasing frenzy.

3. The Power is in the Flowers

The fertile soil of Madeira has long been known far and wide, but the island’s close connection to Mother Nature is more evident at the Quinta da Boa Vista. It is a sprawling 19th-century estate perched on the slopes of Funchal and acclaimed for its collection of orchids.

Visitors have the chance to catch a glimpse of and admire different varieties such as the paphiodilums, cymbidiums, and cattleyas. The magnificent blooms can be seen all year, but they are especially stunning during the Madeira Flower Festival, which is enhanced by exhibitions and parades.

4. Madeira is Not an Island

Madeira may be called Madeira Island because of the common perception that it is a lone outcrop floating off the Moroccan coast. However, the truth is that the volcano-born piece of the eastern Atlantic is the largest fragment of a bigger archipelago.

Porto Santo, the “second” island, is hidden 71km to the northeast of Funchal, a place in the middle of nowhere where even Christopher Columbus himself lived at one point. The explorer’s former house has been transformed into a museum.

5. The Magic of Seven

Did you know that Cristiano Ronaldo is the most popular son of Madeira Island? If not, well, it’s time to finally learn this interesting fact. The football superstar is so famous that even the airport on the island has been named in his honor.

Ronaldo was also among the forces behind the Museu CR7, which opened its doors in 2013 in Funchal to pay homage to all of his achievements and accolades. The museum is now home to replicas of most of Ronaldo’s trophies, including the European Championship that he bagged in 2016 as the captain of the Portugal team.

Christopher Columbus was not the only acclaimed European who visited Porto Santo and left his mark there. Severiano Ballesteros, the celebrated Spanish golfer, was also the driving force behind the most legendary course on the island.

But don’t expect a lot because the symmetry may be the only neat aspect of playing a round of golf here. The strong blast of winds from the ocean might end up ruining your drive.

7. A Capital Filled with Colors

Funchal always catches the eye, with its Zona Velha or Old Town at its heart. It is known for its “Painted Doors Project,” a whirl of public creativity. The entrances to the buildings along Rua de Santa Maria are decked out in imaginative scenes and bright paintings. 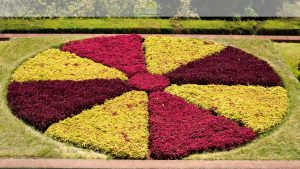 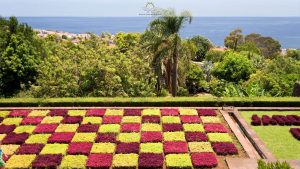 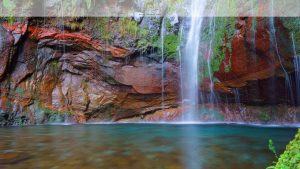 You can see almost all kinds of images here, from a fisherman who sits under the moonlight by his boat to a dislocated eye that peaks from the back of a cracked yellow glass window.

8. Stay on a Clifftop

Although Funchal serves as the home to some of the most distinguished hotels in Madeira, you will still find other options as you drive along the south coast 15 miles to the west to the Estalagem da Ponta do Sol.

It is a nice retreat set on top of a cliff right above its namesake village. Probably the most appealing feature of the hotel is its infinity pool, which perfectly creates the concept of an unending vista of water in the most stylish way.

The location of Madeira Island in the Atlantic makes it a very obvious, albeit less renowned, scuba tourism destination. One of the most accessible sites for diving is the Madeirense, which is a ferry that sank in 2000 off Porto Santo and formed an artificial reef.

The wreck is entombed 100 feet under the water’s surface, and you can reach it with the assistance of an island-based diving operator that also offers training courses.

It is not too far-fetched to compare the Galapagos, the wildlife sanctuary of Ecuador, with the Desertas Islands. These islands are three narrow slivers dotting the sea, with Deserta Grande being the biggest one, and are located only 26 km southeast of Madeira.

The islands are mostly uninhabited and home to eight different seabird species, a colony of Mediterranean monk seals, and the Madeiran wall lizard. Day trips are also available for those who want to explore Madeira Island’s mini Galapagos.

Madeira Island truly holds a lot of secrets amidst its unexplored beauty. It wouldn’t even be a surprise if there are still a hundred other things that remain unknown about this mystic archipelago even to this day.