5 Best Places to visit in Rome – By Black Platinum Gold

5 Best Places to visit in Rome – By Black Platinum Gold

Rome…The Ancient City!! Rome is without doubt one the most beautiful cities in the world; every year millions of tourists come from around the world to admire the treasures and masterpieces of Roman art and architecture. Rome is an enchanting city where you’ll discover a romantic blend of culture and history spiced up with a vibrant street and nightlife. 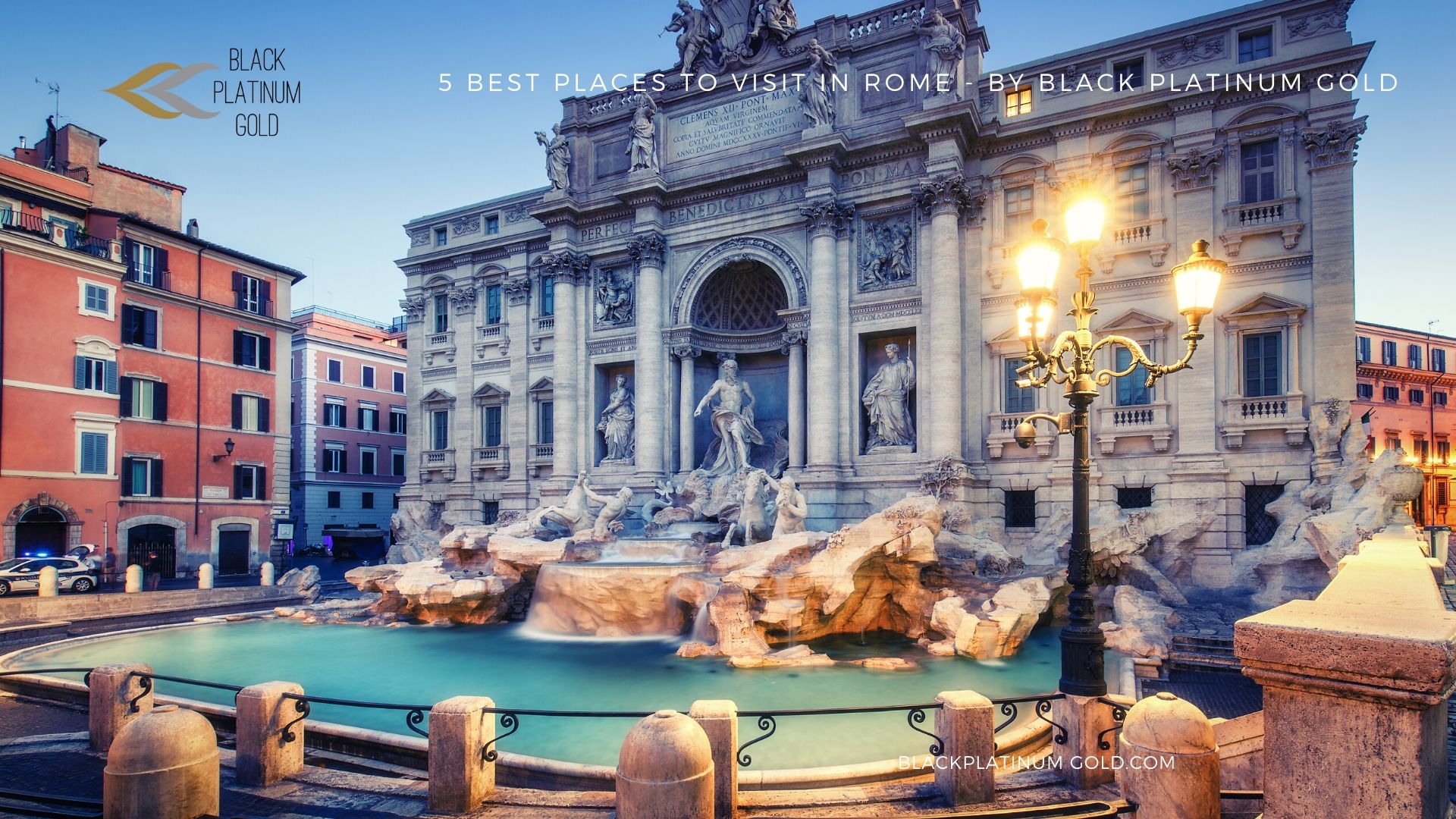 It was designed by Giuseppe Sacconi in 1885 and completed in 1925. There are two permanent museums, one on Italian Reunification and one on emigration from Italy, as well as other spaces that host rotating exhibitions. The Victor Emmanuel Monument is not exactly known as one of Rome’s most beautiful structures but it is nevertheless well worth the visit, even if only for the great views from the top.

The Piazza del Popolo is a large oval square in northern Rome that has been around since the days of the Roman Empire. At one time, it was the start of the most important road north. Three churches border the square but the eye-catcher is an obelisk from ancient Egypt. On the north side the square is dominated by the Porta del Popolo, which leads to the Via Flaminia, a road connecting Rome with the Adriatic coast.

Santa Maria in Trastevere is one of the oldest churches in Rome, with most historians believing it was first built in the 4th century. The church has impressive mosaics from the 12th and 13th centuries; it has been enlarged and restored over the years. Located in the popular Trastevere neighborhood, its atmospheric piazza is enhanced by the mosaics on the façade, especially at night when the church and its tower are illuminated.

Palatine Hill, one of the Seven Hills of Rome, has links to Roman mythology, as it was here a wolf allegedly found the twin boys Romulus and Remus, and cared for them until a shepherd rescued them. Even if this legend is not true, Palatine Hill is still the place where Rome was founded. Today only ruins remain but during the Imperial era, the hill was completely built up with large palaces.

The Galleria Borghese is an art gallery that was built as a party house by Cardinal Sciopione Borghese in the 17th century. A nephew of Pope Paul V, the cardinal also was a patron of the arts. The galleria today houses many pieces of paintings, sculptures and other antiquities from his collection. Paintings by Titian, sculptures by Bernini, and the National Museum of Musical Instruments can be seen here.

Cultural walk on your device – Top 5 museums in Europe