AlUla is a place of extraordinary human and natural heritage

AlUla, The World’s Masterpiece, is one of the oldest cities in the Arabian Peninsula and home to Hegra, a UNESCO World Heritage site.

If you are unfamiliar with AlUla, you would hardly be alone: Saudi Arabia itself only began issuing tourist visas for the first time ever in 2019, and the Royal Commission for AlUla (RCU), formed in 2017, only opened AlUla to visitors full time in phases in October 2020 after undertaking a “sensitive renewal” of the region. AlUla is a key component of Saudi Arabia’s broader Saudi Vision 2030, which looks to reduce the country’s dependence on oil and fortify its recreation and tourism offerings. 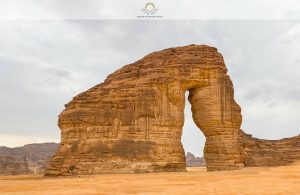 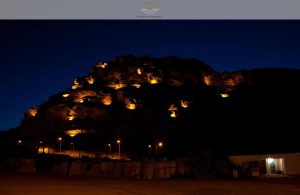 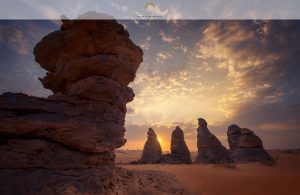 AlUla has five primary attractions: Hegra, a 52-hectare ancient city, is a UNESCO World Heritage site with 111 intricately carved cliffside tombs, and is thought to have been the most southern outpost of the Roman Empire. (Hegra was also the “second city” of the Nabataean Kingdom, which called Petra, in Jordan, its capital.) Dadan, a second ancient city, was once the capital of the Dadanite and Lihyanite kingdoms and pivotal to local trade routes. Jabal Ikmah, a remote mountain close to Dadan, is a “library” for its thousands of pre-Arabic inscriptions in Aramaic, Dadanitic, Thamudic, Minaic, and Nabataean, making it the area with both the highest concentration and the highest variation of languages in Saudi Arabia. Another sandstone monolith, the three-story-high Jabal AlFil, or Elephant Rock, is named for its resemblance to the pachyderm.  AlUla’s fifth main draw—its labyrinthine Old Town—is thought to have been inhabited since the 12th century, and it had full-time residents until the 1980s, when they left for modern housing.

Al Ula’s old-town ruins are among the best examples of traditional northern Arab architecture, and with a history that stretches back to the 6th century BC, the town is surrounded by a host of fascinating pre-Islamic sites.

Founded as ‘Dedan’ by the Lihyanites, the town became the capital of their kingdom. Al Ula’s strategic location meant it also sat along several trade routes for spices and incense coming from the Levant, Egypt and North Africa.

Abu Dhabi Is The King Of Bling: Where To Find The Best Of The Best

Sustainable Luxury Is the Wave of the Future