Chinese New Year 2022: What to Know About the Year of the Tiger

The Chinese New Year has passed, and that means 2022 marks the beginning of the Year of the Tiger! While most people don’t believe in the horoscopes or the predictions that come with the zodiac, it’s still fun to look over their meanings and representations. So let’s go over the significance of the year of the tiger, and find out what fortunes it could point to for this lunar year.

The 12-year cycle of the Chinese zodiac has been very significant to Chinese culture. The animals were used as a way of recording the years on a 12-year calendar, making it easier to keep track of what year it was. And the popularity of the animals made them all common fixtures in stories told throughout history. This gave each animal distinct characteristics that became recognizable and significant as symbols.

The popularity of the Chinese zodiac caused it to spread throughout different regions of Asia, and soon all around the globe. Today, most people in the world are at least a little familiar with the iconic 12-year animal cycle. 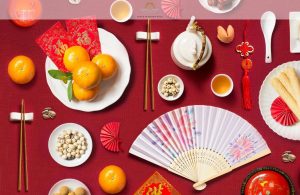 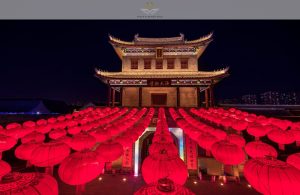 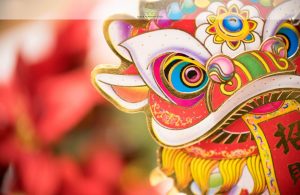 What does the year of the tiger symbolize?

In China, it’s important to know that the tiger is seen as the king of the jungle over the lion. Because of that, the tiger is a common symbol of leadership, courage, and strength.

Marilyn Monroe, Shawn Mendes, Tom Cruise, Lady Gaga, and even Queen Elizabeth II are all notable for having been born in the year in the tiger. Even if you don’t believe in zodiacs, it’s still interesting to see these characteristics show up in people who are born under this zodiac. Other characteristics of the tiger include bravery, wisdom, and being drawn towards exciting new challenges. However, these aspects can also lead to weaknesses, where people born in the year of the tiger tend to be rebellious and short-tempered, preferring to give orders rather than than take them. Although when aware of these occurrences, these are more shortcomings to be aware of rather than enormous setbacks.

While most of us know that there are 12 animals in the Chinese zodiacs, it might surprise some people to learn that the animal cycle is just one of three overlapping cycles that make up the 60-year Chinese zodiac.

The second cycle is yin and yang, which are two opposite and complementing energies. Yin energy is seen as receptive, insightful, and feminine. Meanwhile Yang energy is seen as giving, logical, and masculine. Yin and Yang alternate every year in the zodiac, and when they complete their two-year cycle, the third elemental cycle changes.

There are five elements in the third cycle: Wood, Fire, Earth, Metal, and Water. To give the full zodiac, 2022 is the Year of the Yang Water Tiger.

This zodiac means 2022 is going to be a good year for giving to others and for problem-solving.

Water is a symbol of wisdom and flexibility, and being able to overcome and adapt to the challenges that we all face this year. Coupled with the tiger symbol, 2022 is looking like a good year for people to have both the bravery and adaptability to make big changes this year that will affect their lives for the better.

Considering everything that’s been going on in the past few years, this sounds like the kind of refreshing attitude we could all use right about now.

Bhutan: The Happiest Country on Earth