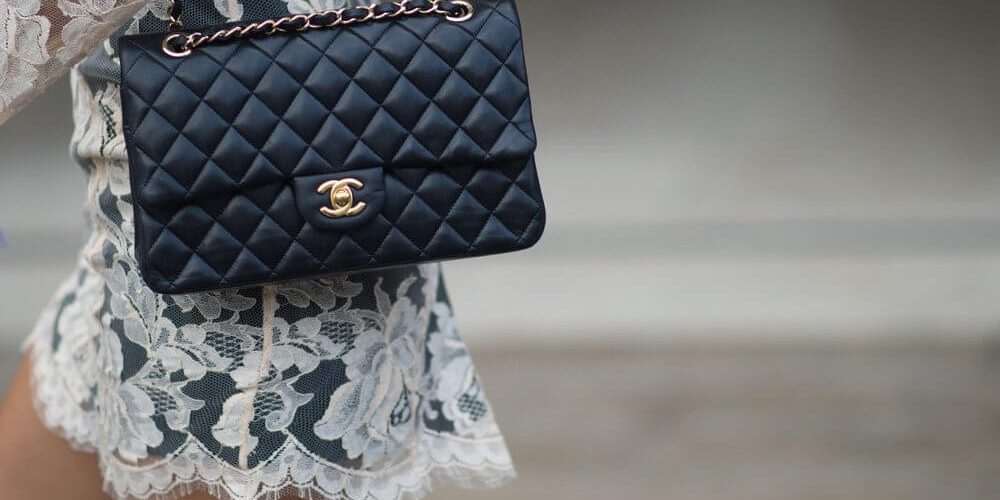 Handbags do so much more than simply the role they fulfill.

Among fashion items, the handbag is a relative newcomer having arrived as the new kid in town in the early 20th century.

Hermès’ fascinating monograph in “Carried Away”, a lavish illustrated volume, published to accompany a former “Le Cas du Sac” exhibition, features an ancient rock painting in Algeria, where one of the terracotta stick figures appears to have a bag in the crook of their elbow. But as civilisations evolved, bags were rarely attached to the body and were relegated to the company of animals and servants.

As the decades passed, handbags have grown in size, reaching the current outsize extreme shown by luxury houses like Balenciaga, Céline and Loewe. As the leading accessory of our times, they have even earned their own slot on Sotheby’s and Christies’ auction house calendars, where they are able to command bids of hundreds of thousands of pounds on occasion.

Here is our selection of 10 Must-Have Luxury Designer Bags:

Fashion’s latest “It” bag is undoubtedly the “Chain Pouch” by Bottega Veneta.

The italian brand has made quite the comeback over the last year, offering some of seasons’ the most coveted designs and wanted items.

Christian Dior is another French heavyweight.

Classic elegance with an evening edge is what you’ll get from most Dior looks. It’s precisely what you’ll get with the impeccably sharp Diorama bag. Available in pillar box red, cream, and black, it’s sleek, boxy, and embossed with the Archicannage motif. At $3,370, it’s a hefty price to pay, but it’s definitely worth the splurge.

Do you know the story behind Hermès Birkin?

The English actress and Jean-Louis Dumas meet ten thousand feet above the ground. The young mother laments that she cannot find a shopping bag big enough to carry her daughter Lou’s bottles. No sooner said than done, the empathetic, clever Monsieur Dumas designs a deep and supple holdall. It has distinguishing features such as a polished plaque, a swivel clasp, and, of course, the house’s signature saddle stitching.

A legend is born.

Christian Louboutin Paloma stands on a pedestal of four metal ‘heels’ so it never has to touch the floor, and it can be carried with the slender nude handles inspired by cabaret showgirls’ legs.

Prepare for the Fendi logo to overtake Louis Vuitton’s.

The Italian luxury brand has Chanel’s creative director, Karl Lagerfeld behind it (and every celeb out there wearing it). The Fendi Kan is most popular in either multicolor or recognizable Fendi logos. It’s an undeniable “it” bag for 2019, and at around $2,000, it’s yours.

A Chanel bag will always be an investment. The world-famous French fashion house is considered to be the epitome of classic French elegance, and Chanel no. 5 perfume is the best-selling fragrance in the world. Since owning Chanel clothes is only a reality for the ultra-wealthy, the most we can get our hands on is one of their exquisite purses. Always classy, a Chanel bag is the definitive way to add chic to any look. The Chanel Classic Flap Bag is an elegant day purse with that iconic Chanel twist – a little bit of glam.

Balenciaga has gone from frumpy old lady brand to on-trend as they come. The Spanish clothing and accessories line has channeled all things athleisure, and it’s been out with the cashmere and in with streetwear. Think bold colors, oversized sweats, statement tees, and a whole lot of celebs. The Balenciaga Ville XS leather tote is the Ville’s mini sister. Crafted in Italy from grained calfskin, the bag flies the flag for “Hollywood trendy” with its ultra-visible logo, but the quality is all there.

The ultra-luxurious French fashion brand Céline stayed under the radar for quite a while.

First, there was the Céline Big Bag. Then the endless Céline wallets. The Céline Micro Luggage handbag is a smooth, drummed calfskin take on chopped-up design. It’s got the color splash, the sturdy hand or shoulder option, plus a range of colors including tan, red, white, and black. The Nano version is slightly cheaper, but don’t expect to pay any less than $2000.

Louis Vuitton is so exclusive, it’s never on sale. Louis Vuitton actually burns or shreds unsold goods at the end of every year.

The Speedy is one of the most iconic Louis Vuitton design. Its simple lines and chic Monogram canvas immediately appeal to women with an eye for fashion. The perfect bag for the city: This versatile, functional, sporty bag comes in multiple sizes and models, from the Speedy Bandoulière 30 to the Speedy 25.

That was Italist Magazine‘s headline not so long ago. Dolce & Gabbana is an internationally loved Italian brand led by Domenico Dolce & Stefano Gabbana.

2018 at Dolce & Gabbana was all about bold, colorful, Sicilian-inspired prints. The Sicily Bag comes in 157 different sizes, colors, and styles. D&G didn’t end up in rap records about luxury for nothing. The price tag for this bag starts at $1,224.

How to Choose a Diamond – What you need to know

Top 10 most luxurious jewellery brands in the world

Birthstones By Month: What do they mean?