Explore Finnish Lapland in style, spending nights under the Northern Lights in a glass igloo and by the fire.

According to an old Finnish folktale, Northern Lights are born as the arctic fox swipes the side of a fell with its tail, thus creating sparks on the northern skies.

The Arctic Fox Igloos in Ranua, in the Finnish Lapland, are named in the honour of the animal arctic fox; the Igloos offer ideal conditions for observing and admiring the northern skies and its phenomena.

You may also combine an overnight stay in a Glass-Igloo with an extended holiday, for example with a stay at the Holiday Village Gulo Gulo.

Each Igloo offers an unobstructed view to the far-reaching open lake, and the northern skies, where the Northern Lights usually appear.

Each structure features a bedroom for two, a kitchenette, a bathroom, and even a private sauna.

Despite the freezing outdoor temperatures, the heated glass walls at the front act as insulation, preventing frost and snow from lingering on the pod’s surface.

To provide privacy, the timber box on the back, forest-facing side of the cabin houses the bathroom and sauna.

You can arrive to the Igloos driving a snowmobile or spend the night fishing as the sun never sets down, and enjoy plenty of incredible activities such as safaris on snowmobiles, husky drawn sled or reindeer, fatbike tours or the Ranua forest in summer, meeting local polar bears or some canoeing across the scenic lake. 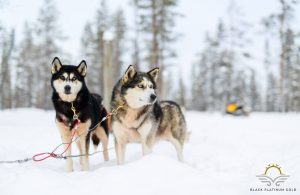 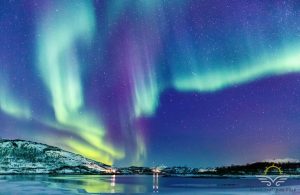 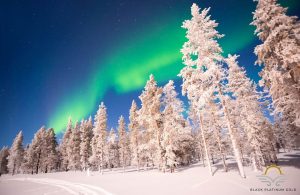 Lapland casts a powerful spell: there’s something lonely and intangible here that fills it with Arctic magic.

The midnight sun, the Sámi peoples, the aurora borealis and roaming reindeer are all components of this – as is Santa Claus himself, who ‘officially’ resides here – along with the awesome latitudes: at Nuorgam, the northernmost point, you have passed Iceland and nearly all of Canada and Alaska.