“This is Burma”, wrote Rudyard Kipling. “It will be quite unlike any land you know about.”

Amazingly, over a century later, Myanmar retains the power to surprise and delight even the most jaded of travellers. As Myanmar’s commercial and artistic hub, Yangon reflects the changes that have occurred since the country reopened to the world.

The prestigious new Yangon Excelsior Hotel, opened in July 2018, is a colonial splendour from Imperial India transformed into a lavish boutique-hotel, in the pure opulent tradition of British luxury.

Ideally located for both leisure and business travellers, the hotel is a gentle reminder of a simpler era while providing the contemporary creature comforts everyone needs.

Yangon Excelsior Hotel is only 5-minute walk from the spectacular, two thousand-year-old Sule pagoda, with its golden cupola. Another short walk will bring you to the Maha Bandula park or to admire the majestic city hall, the symbol of Burmese syncretic architecture.

The story of Yangon’s old days

The interior design of Yangon Excelsior Hotel will be telling the story of Yangon in the golden old days.

Dating back to the 1870s, this iconic piece of architecture has been painstakingly refurbished to its original splendour, evoking a nostalgic tone as it draws on the British epoch.

It combines the modern British architecture with the local aesthetic. The concept relies on the strong cultural and architectural values of Burma, the unique heritage between respected traditions, authenticity of the place and current democratic influence, as well as the building’s past, which is anchored in a neighbourhood rich in history. The concept brings back the merit of memories from the colonial time through constructions in the British style, which align exceptional materials and furnishings evoking wealth, rigor, and style in the English way.

During British rule, Yangon was a major financial, political and administrative hub and Burma a large exporter of oil, cotton, rice and timber. Formally the headquarters of major British exporter The Steel Brothers, one of the most impressive buildings from Yangon’s colonial era is experiencing a new lease on life as Yangon Excelsior Hotel. 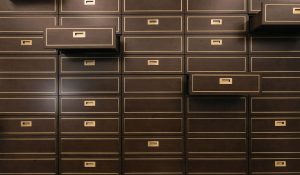 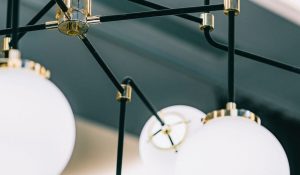 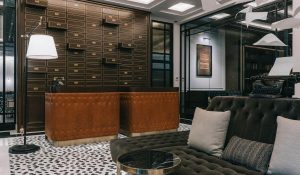 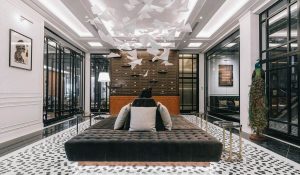 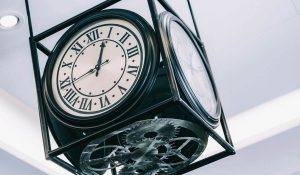 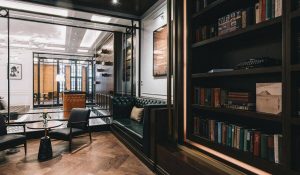 An ode to origins

Each of the 74 rooms & suites exude warmth, geniality and personality and will take you back to that particular atmosphere of the British empire, the splendour of the late 19th century, while ensuring maximum comfort and state of the art technology.

The rooms and suites in this hotel range from 30 to 65m2 in size and offer a stunning view of the city. 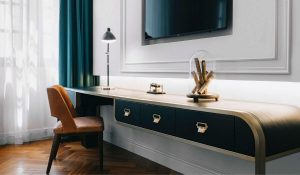 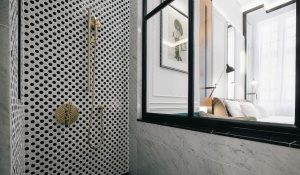 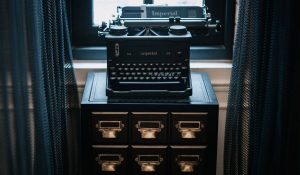 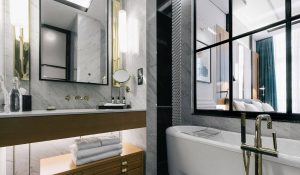 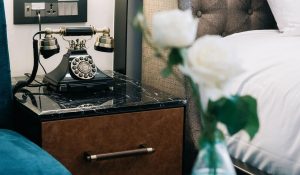 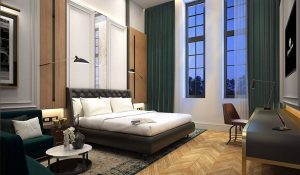 As you enter The Newsroom, it feels like walking onto the set of a colonial epoch adventure film. It is not difficult to imagine a writer typing out the first pages of his current novel on an old portable Remington or the correspondent of a famous British newspaper eagerly relating how the British crown is spreading its wings over the local economy.

Magnificent parquet floor, chequered marble slabs, high ceilings supported by white columns interspersed with spectacular bay windows – the tone is already set. One can imagine that it might even be in the very heart of this symbolic building that the important strategic decisions of Steel Brothers Company were taken. Today, the location is ideal for breakfasts or business dinners or quite simply to try out the delicious grilled dishes on offer, the fresh sea food selections that have come straight from the local market, a superb variety of vegetables and a superlative wine selection.

Who doesn’t look forward to a nice relaxing time after the business of the town. What can be better than to take advantage of one of the three treatment rooms in the Spa to relax those muscles that are aching after having walked the old streets of old town Yangon and climbed the steps of the historic temples? The famous therapeutic massages given by our team of specialists, will revitalise your body and your mind, from head to foot. Let yourself be carried away in a timeless moment of ultimate relaxation in the heart of the city.

After exploring the temples and the streets of the old Yangon, unwind and indulge at Excelsior Spa.
The three treatment room spa boasts a range of therapeutic massages and fitness facilities. Traditionally trained massage therapists revive and revitalise amid the air-conditioned treatment rooms. Away from the hustle and bustle of Yangon, Excelsior Spa prides itself on offering a timeless and relaxing experience in the heart of the city.