How To Make Your Trip To Bruges, Belgium Really Unforgettable

People visit Bruges for a variety of reasons. Some come to explore the historical buildings and landmarks, while its cobblestone streets and mesmerizing canals draw others.  The most popular tourist destination in Belgium, Bruges is also the center of commerce and transport with major roads linking it to Brussels and Ghent. This historic city is a shred of living evidence that fairytales exist!

From must-see attractions like the Basilica of Our Lady or Grand Place squares to quaint cafés along the top ten walking route, there’s no question that Bruges is one of Europe’s most beautiful cities. But, do you want to do so much and see? Then, how will you make the most out of your time? 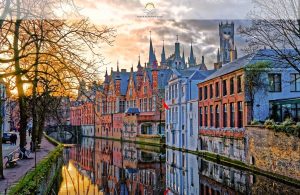 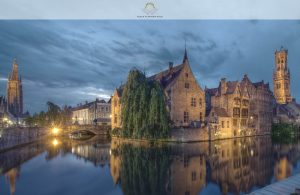 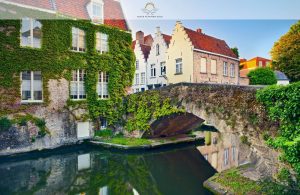 What To See And Do Bruges: The Highlights

Bruges’ canal network connects the West Flanders to the North Sea as a waterborne city. The canals form Bruges’ core identity, and as you wander the meandering waterways, you’ll be hard-pressed to miss the Groenerei Canal, the city’s most picturesque scene.

The medieval Bruges’ exquisite Gothic square is at the city’s core. It is a superb example of traditional Gothic construction and Flanders culture. In addition, the Stadhuis (Town Hall) is a must-see, with its original 1376 design still intact.

This is one of the most romantic locations in Bruges, known as the Park of Love. However, this isn’t the place for you if you’re a recently divorced individual or a solo traveler who doesn’t want to be around a crowd of couples meandering about the canals.

You won’t want to miss this stunning postcard-worthy photograph site in Bruges, especially when the city lights up at night.

This charming and tiny square is packed with Al Fresco cafés and one of the most picturesque locations in town. So it’s a bit surprising that this hasn’t become clogged with tourists.

You will find a lot of bridges in Bruges, but if we were forced to choose just one, Bonifacious would be the one to go for. The backdrop of the Church of Our Lady adds another iconic photo opportunity that you can’t afford to miss out.

Waffles are undoubtedly the most well-known Belgian dessert, next to chocolate. Bruges has many restaurants where you can sit down and enjoy a delectable dinner or snack of freshly baked Belgian waffles. We suggest you pay a visit to Oyya Chez Albert on Breidelstraat, Lizzie’s Wafels on Sint-Jakobsstraat, or Oyya Waffles & Ice Cream. Because you can’t visit Belgium without sampling at least one waffle, make a pause.

The ideal light lunch location is this bagel “salon.” The ambiance is excellent, and they offer a variety of takeout options if you’re going to picnic in one of Bruges’ many public areas.

The windmills on the outskirts of Bruges are a wonderful backdrop for capturing a beautiful shot of the city from afar, particularly at sunset.

You can’t go wrong by visiting the top of the Belfry tower, which offers a panoramic view of the city and a workout. The 366 steps to the top are well worth the effort. However, don’t forget to make a reservation or arrive early if you want to go. This is one of the most popular places in town, so be prepared and book your tickets ahead of time.

The Groeninge Museum is one of the most important museums in Belgium and Flanders. For a tour of Flemish and Belgian painting techniques, there’s no better place than the Groeninge Museum. This Fine Arts museum would be our top pick if you had to visit just one museum.

Bruges is one of Europe’s most picturesque cities with canals, cobblestone streets, and historical landmarks. Bruges has something for everyone, whether you’re interested in history, architecture, or simply taking a relaxing stroll. So be sure to add it to your travel list! 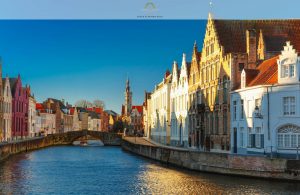 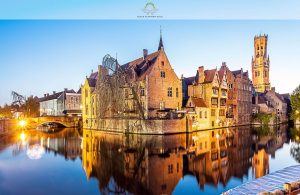 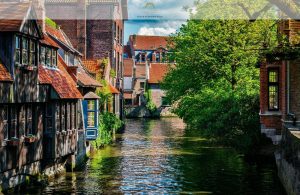