How to Visit Venice in Total Luxury

Fortuny, designer and inventor Mariano Fortuny’s palazzo in San Marco, has been preserved as a must-see museum with temporary exhibition space. If you love his furnishing fabrics, the Fortuny factory is on Giudecca, a short walk from Villa F.

The Peggy Guggenheim Collection is one of the world’s most important collections of 20th-century art, and Italy’s most-visited modern museum.  It’s housed in the 18th-century palazzo on the Grand Canal where she lived and is still infused with the famous collector’s indomitable spirit.

San Clemente Palace Kempinski is one of Venice’s beloved grand hotels and one of Italy’s most enchanting secrets. Set on a private island in the heart of the Venice Lagoon, it’s just a complimentary ten-minute boat ride from St. Mark’s Square via private launch. 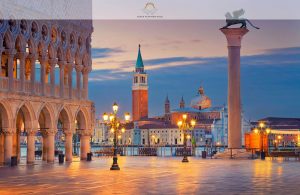 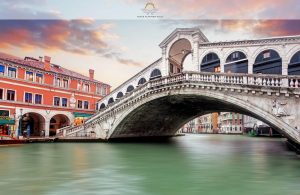 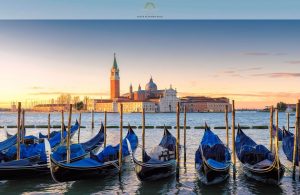 An exquisite jewel box of an opera house, the Teatro la Fenice is true to its name, The Phoenix. It has risen three times from the ashes, the most recent a devastating fire that completely destroyed it in 1996. There’s nothing more romantic than a spot of Bellini or Puccini in the city where opera was first produced.

For an authentic local dining experience away from the crowds but in the most romantic location imaginable, try I Figli Delle Stele, a modern restaurant on the waterfront on Giudecca island.  Dine al fresco on fresh seafood and pasta and be entertained by all the watercraft that plough through the canal.

If you go to the Rialto produce market early, as the  chefs do, you’ll miss the tourists. What’s most fun are the little bacari (wine bars) scattered around these back streets, where you can start eating and drinking from traders’ hours if you wish. The oldest of these is the atmospheric Cantina Do Mori,dating from 1465.

Distinguished by its high brick walls and cypress trees, Venice’s cemetery island San Michele is well worth visiting,  not only for the graves of famous ‘residents’ such as composer Igor Stravinsky and poet Ezra Pound, but also for the romantic mist that will set in if you’re lucky.

The best 5 cities to visit in Italy