Enter our auction and win 2 Nights at Palacio de Villapanés!

While some cities blast you away, and others slowly win you over, Seville will disarm and seduce you.

Hotel Palacio de Villapanés – member of Small Luxury Hotels of The World – is a converted 18th century palace, built by the Marquis of Torreblanca del Aljarafe, that does traditional elegance with a modern twist. You’ll find baroque architecture, marble columns and tiles, ornate archways and parquet floors. Yet, there’s also an exclusive, modern feel with contemporary furnishings, sumptuous fabrics and sleek bathrooms. This is authentic Andalusian opulence brought into the 21st century, combining most of its original details with international design pieces by GCA Arquitectos and Patricia Urquiola.

Located nearby the historic Santa Cruz neighborhood, it is the best place to discover Sevillian traditions and enjoy the treasures of the city, with the Plaza Jesús de la Redención, the Real Alcazar of Seville or the Museum of Fine Arts minutes away. 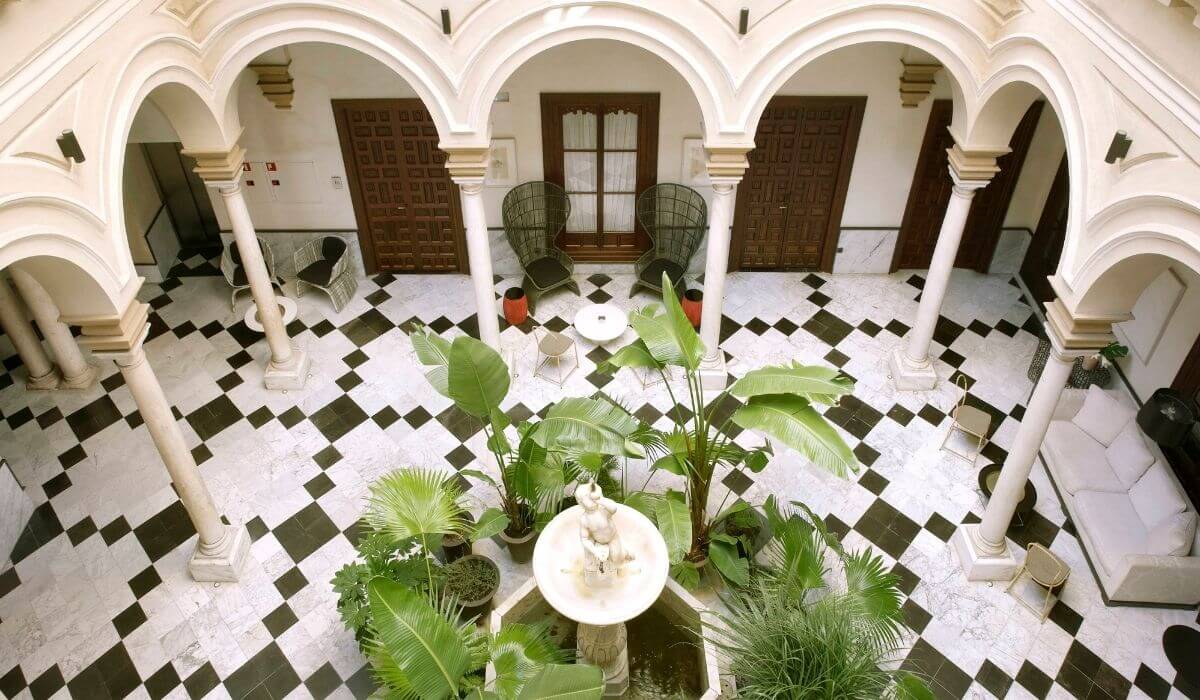 Every corner of Palacio de Villapanes is an invitation to an unwind experience.

From its monumental entrance with marble columns and a charming patio, this five-star hotel recreates and experiences Andalusian hospitality through many different eras.

Palacio Villapanés boasts 50 unique rooms, each one with its own story, in five different categories: Deluxe, GrandDeluxe, Palacio, Junior Suite and Suite.

Among all the rooms, the Suite El Torreón stands out in the dome of the building: a marvel of 85m2 with terrace, beautiful coffered ceilings, windows and a 19th century marble bathtub. 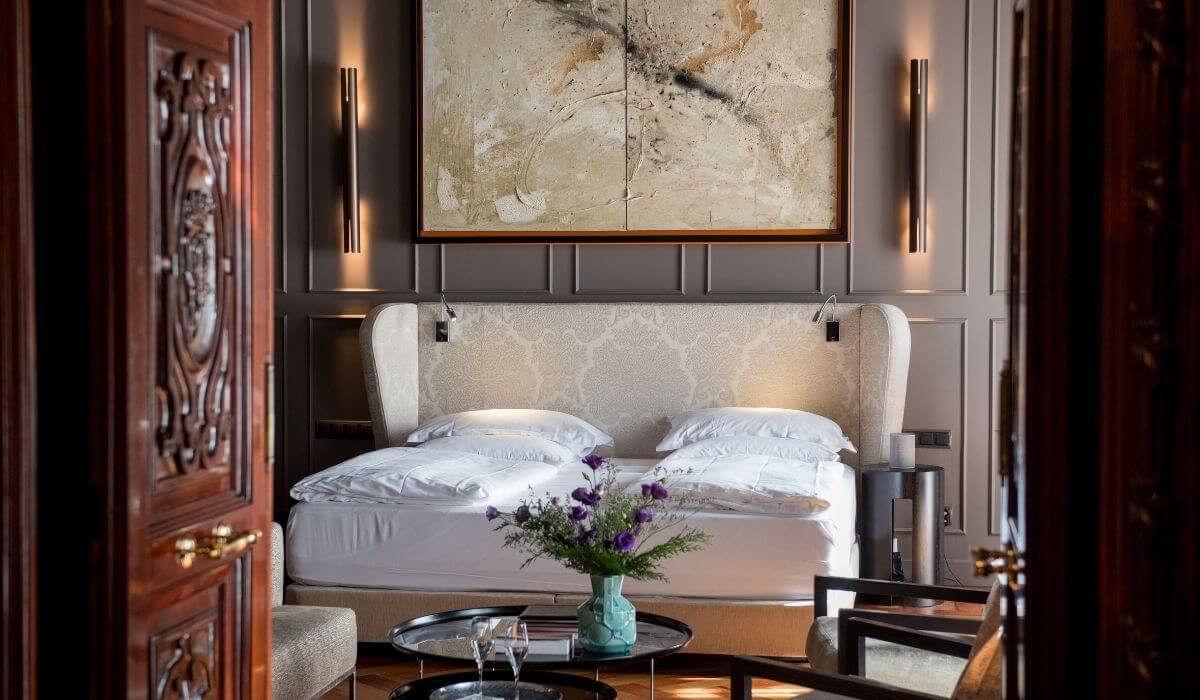 From the restaurant of the palace Los Rincones del Marqués, the Head Chef Jorge Cortés composes a healthy local Mediterranean cuisine aimed to reflect the Andalucian essence. Exquisite culinary gems that will be accompanied by a seductive selection of wines that will astonish you with special flavours full of nuances and aromas.

Different settings are available, such as the patio of the orange trees or the old wineries of the palace, where musical shows are sometimes held. 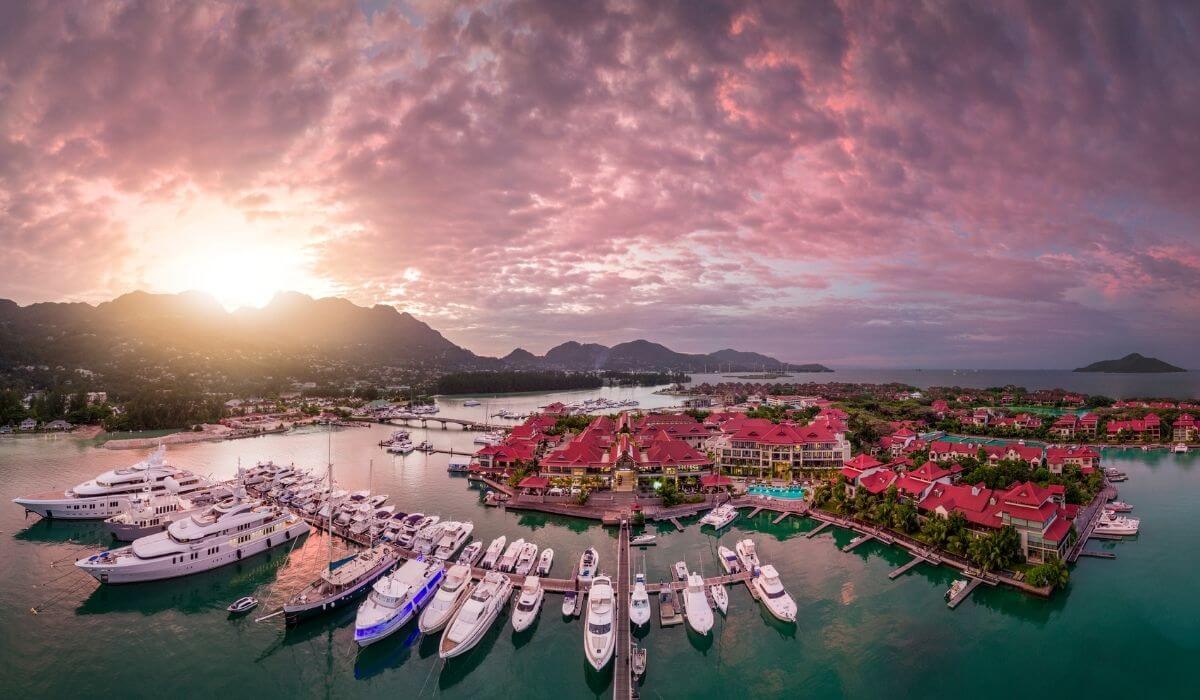 Hotel Palacio de Villapanés has its own wellness centre: the perfect setting for a deserved break in a hammam, sauna, massage room or temperature contrast shower.

Its refined design includes a “starry” sky and loungers by Paola Lenti, the perfect ambience for maximum relaxation.

In addition, its gym is open 24 hours, and has a latest Kinesis equipment with all the necessary elements to exercise without leaving the palace. 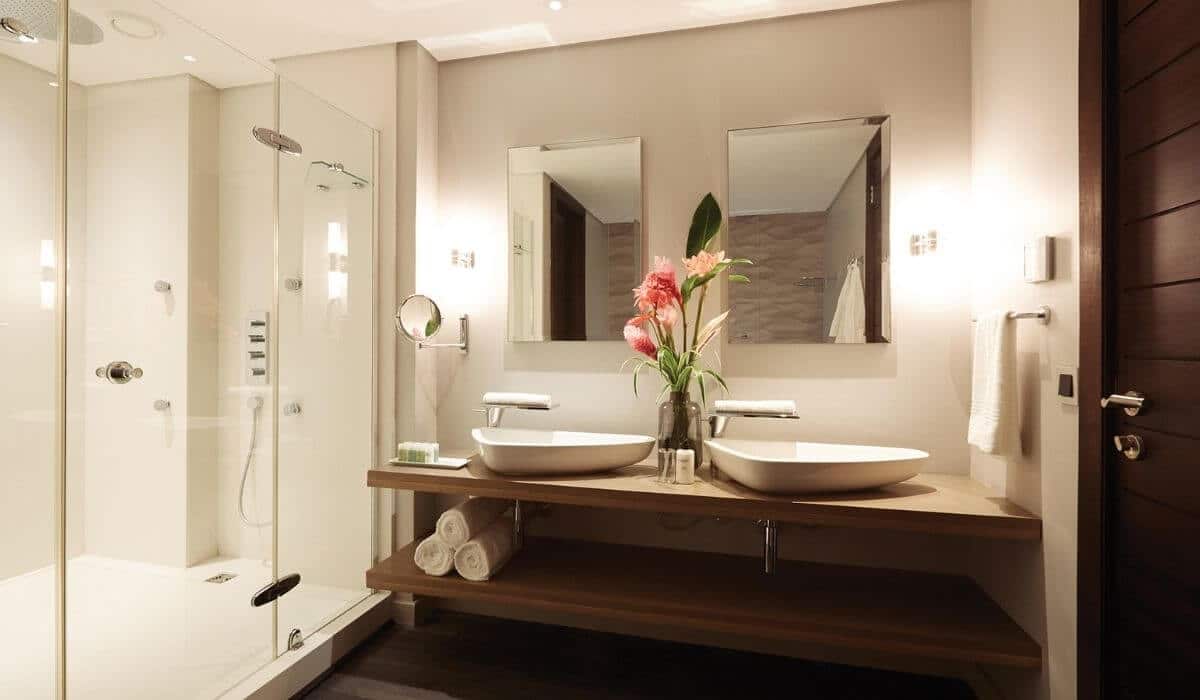 Don’t miss the chance to admire the wonderful sunset over Seville.

Up on the roof you’ll be rewarded with amazing views across the world’s largest Gothic Cathedral, La Giralda, relax on Balinese beds or have a dip in the plunge pool.

CoolRooms Atocha in Madrid, Spain – The Luxury of being Cool

5 Best Places to visit in Spain