Flying private jets is better than even first class on commercial flights.

Private jets are the closest it’s possible to get to teleportation in the 21st Century. With a private jet you can fly whenever and wherever you want and get there in an environment perfectly tailored to your taste. 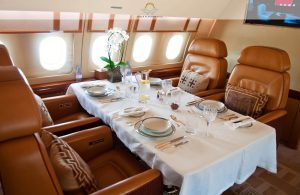 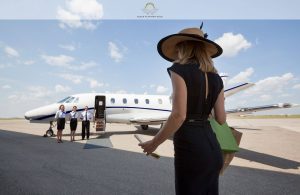 There are around 500 airports in Europe served by commercial airlines. But there are around 5,000 airports and aerodromes that are accessible by private aircraft. That means you’re less likely to have to make a long transfer via helicopter or ground transportation.

Around 96 per cent of city pairs (a route between two different airports) served by business aviation around the world don’t have any scheduled commercial flights. That means you can get to around three cities in one day in Europe and you’ll be back home for dinner with your family.

With a private jet you can arrive at small terminals five minutes before the plane departs, define your own time you want to fly, and make short notice changes. You won’t have to put up with common problems with commercial including extended waits and strikes.

This is absolutely the biggest benefit of private air travel. One of the most common complaints of regular commercial air travelers is that the security lines are simply too long. The process is understaffed and time-consuming, leading to a significant amount of wasted time. When people fly by private air travel, they are one of only a select few on the plane. The translates into shorter security lines and more free time that can be spent elsewhere.

Anyone who has flown on a commercial flight understands the lack of privacy that is part of the deal. People sit in chairs in rows of two or three with barely enough space to even stretch their legs. The other passengers are literally in their business. People may not feel comfortable opening something productive because they are worried about the lack of privacy. By flying on private air, this is a problem of the past. With only a few passengers on the plane, people can maintain their privacy.

READ RELATED POST  Best Luxury Resorts In The Maldives For 2022

Cultural Treasures: Around the World by Private Jet