An authentic, one of a kind escape in Capri, boasting spectacular sea views and overlooking the renowned Faraglioni rock formation like no other luxury property on the island.

Punta Tragara Hotel has an intriguing history: it was known as the “Stracasa” (“Super-house”) because it was so much more than a humble abode.

In 1920 the Lombardy-born engineer Emilio Enrico Vismara chose spectacular Punta Tragara as the perfect spot to build a villa, designed by Le Corbusier, who described it as “a kind of architectural bloom, an extension of the rock, an offspring of the island, a plant-like phenomenon”.

The house was headquarters for the American Command during World War II and played host to Eisenhower and Churchill.

In 1968 Count Goffredo Manfredi bought the villa as a holiday home, turning it into a hotel in 1973.

Today Punta Tragara is an elegant retreat, full of charisma and “joie de vivre” the authentic Dolce Vita in Capri. 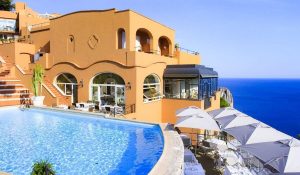 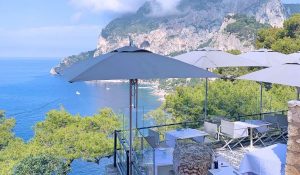 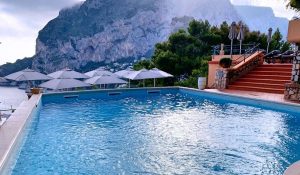 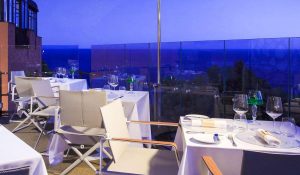 The décor and furnishings at Punta Tragara Hotel are stylish and full of character with sculptures, antique, archaeological artefacts and contemporary works of art, all meticulously placed for the perfect ambiance.

The outdoors are designed for sunbathing, swimming and gazing over the sparkling bay.

The Gin Club & American Bar is the ideal spot for a thirst-quenching fizzy long drink or a cocktail which add an amusing note of colour to a dip in the pool. 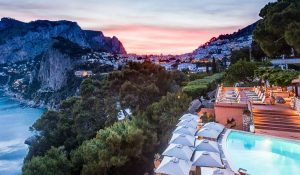 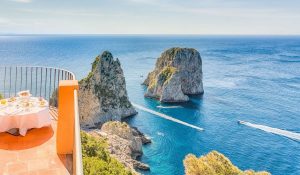 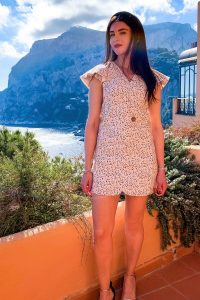 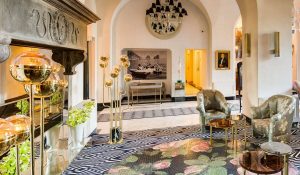 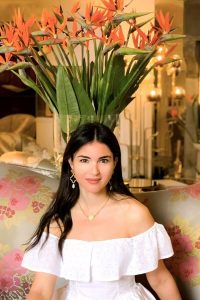 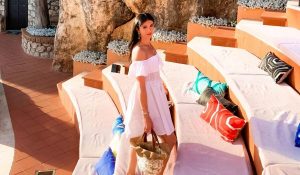 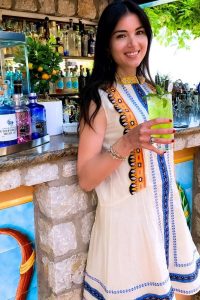 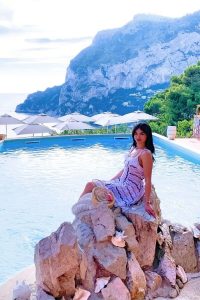 Having the entire island from a terrace means that the views are simply endless: the spectacular Faraglioni rocks, enchanting Marina Piccola, the white contours of Capri, the wonderful light of dawn embracing the sea and the quietly romantic sunsets. 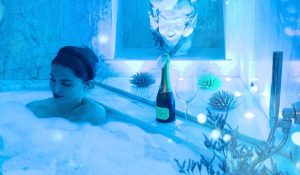 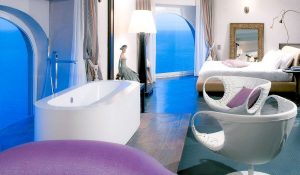 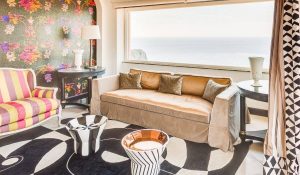 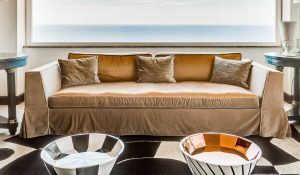 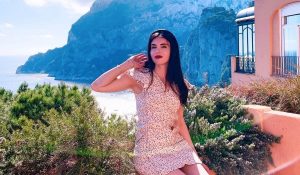 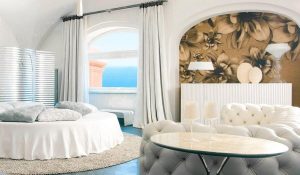 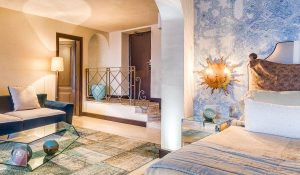 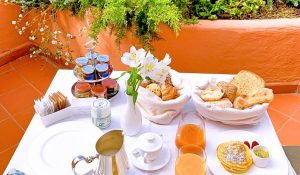 Capri is a triumph of flavours. Everything is here: the freshest ingredients, from fruit and vegetables to fish and cheese.

Lemons alone are enough to inspire a whole menu.

Punta Tragara is just as extraordinary for its elegant, natural, contemporary cuisine, from the breakfast of haute patisserie to lunch overlooking the Faraglioni rocks; in the evening you’ll have two excellent options: Monzù and Mammà.

The name “Monzù” is a deformation of the French “Monsieur” which is how they called the chefs who worked in the courts of leading Neapolitan aristocratic families between the 13th and the 19th century. 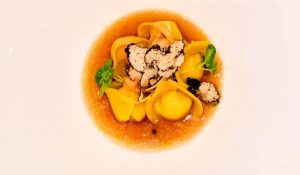 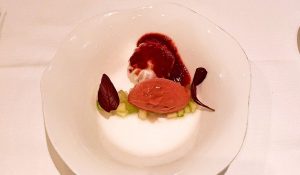 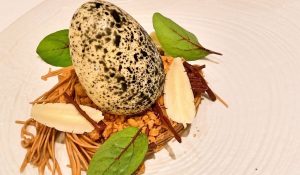 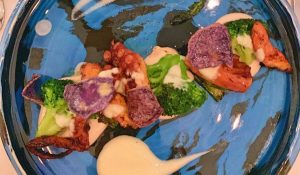 Just five minutes walking from Capri’s famous Piazzetta, Mammà restaurant is an unmissable destination for connoisseurs of good food, where the excellence of Mediterranean products is associated with the striking beauty of the location.

The project was founded in 2013 by two great chefs and in a short time became a reference of excellence: the advice of Gennaro Esposito, 2 Michelin stars and the guidance of Salvatore La Ragione, 1 Michelin star, his historic collaborator and friend, are at the basis of the Mammà restaurant philosophy, which has established itself as a reference of greatness on the international gourmet scene. 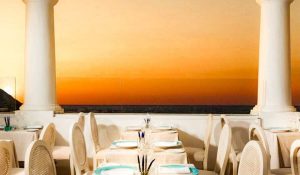 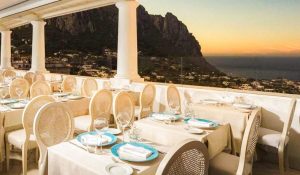 Gili Beauty & SPA is an Italian brand founded by Fabrizio Narducci in 2010 aimed at wellness in luxury Hotels.

The continuous research and study in the field have developed exclusive services for face and body for women and man without forgetting the services of massages for psychophysical relaxation.

All this has been possible thanks to the choice and training of qualified therapist with experience in the field.

Carita Paris is Gili’s official partner in all of its treatments.

Located at the end of delightful Via Tragara, Punta Tragara can only be reached via a 15-minute stroll along one of Capri’s most enchanting routes.

Set out from the town’s historic Piazzetta, head along boutique-filled Via Caramelle then follow Via Tragara.

You’ll find yourself instantly in another world, the real Capri, perched above the sea amid the silence of nature, but just a stone’s throw away from the beau monde.

Guests’ luggage is collected by the hotel representative on arrival at Marina Grande and delivered to their rooms within 45 minutes. 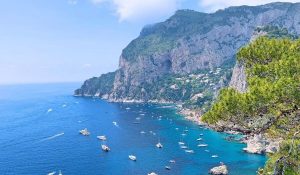 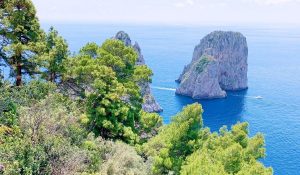 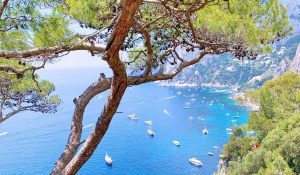 Already inhabited in the Palaeolithic period, Capri was briefly occupied by the Greeks before Emperor Augustus made it his private playground and Tiberius retired here in AD 27. Its modern incarnation as a tourist centre dates from the early 20th century.

Inevitably, the two main centres, Capri Town and its uphill rival Anacapri, are almost entirely given over to tourism, with the high prices that predictably follow. But explore beyond the swish cafes and designer boutiques and you’ll find that Capri retains an unspoilt charm, with grand villas, overgrown vegetable plots, sun-bleached, peeling stucco and banks of brilliantly coloured bougainvillea.

All of this overlooks the deep blue water that laps into secluded coves and mysterious grottoes.