Like everyone in the world right now, you probably are craving some quality fun. This post will explore the best luxury nightlife in Berlin. This is an unusual time, and the state of affairs can change rapidly. Before you embark on your journey, make sure you check the latest travel advice.

There’s something for everyone in Berlin, thanks to its diverse nightlife, endless clubs, and open-minded approach to partying. A wide range of venues are available, from traditional corner pubs (kneipen) to grungy indie bars and live music venues. 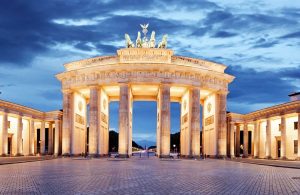 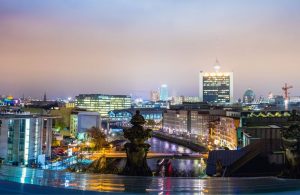 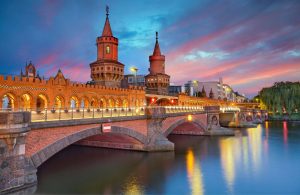 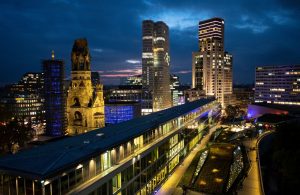 The Best Luxury Nightlife In Berlin

Kicking off the list is SO36. The legendary club is named after Kreuzberg’s postcode during the Berlin Wall-era (SO stands for Southeast or Südost) due to its punk rock roots from the 1970s and 1980s. Today it plays host to both established and up-and-coming acts from a variety of genres, often rock and indie.

This venue’s main room is big, basic, and tends to smell like sweat, beer, and cigarette smoke, but the stage looks anonymous, and the crowd is generally enthusiastic. The club also hosts regular parties, including an LGBT+ electronic, and pop music night called Gayhane.

Located in a former swimming pool in Kreuzberg, this is one of Berlin’s better-looking clubs. There are good-quality parties that range from hip hop to electronic music here. The club is part of the general resurgence of the formerly scruffy Moritzplatz district.

The former pool area has been converted into a handsome sunken bar that serves up a decent range of beers, cocktails, and mixed drinks, and the dancefloor attracts a more discerning, fashion-conscious crowd. In the summer, the courtyard is a blessing.

A popular jazz club in Charlottenburg, this New York-style jazz bar features top-quality performances by local, German, and international jazz ensembles every night. Due to the shared tables system, the space is quite intimate (around 100 people), but on the other hand, you’re always close to the action onstage.

Reservations should be made in advance and you should arrive at least 30 minutes before the show starts. On Saturday nights, open-jam bands play, while beers, wines, and mixed drinks are mostly available at reasonable prices.

The former power-station turned club can hold up to 1,500 people in its upstairs bar, ground-floor experimental music area, and main room. It features an industrial design aesthetic – no mirrors, chrome toilets, and concrete swings on chains – that’s as uncompromising as its door policy and vehemently underground music policy. Even though clubbers tend to arrive on Saturdays and Sundays, weekends (from midnight on) are the most active nights for nightlife.

There are two levels of dancefloors in the cavernous interior, and live bands and DJs play a variety of music styles each night, including hip hop, funk, and soul, punk and reggae, as well as rock and roll. As well as sausages, burgers, and beer, a beer garden is also located in the nearby courtyard during the summer.

Formerly a ballroom, this building has been home to fun dance parties since 1913. Even if aging (but agile) patrons, hipsters, tourists, and hipsters make it feel more contemporary, the venue hasn’t changed much since the 1920s, with its old-school vibe and primarily jazz, swing, and soul tunes.

This grand old building houses two main floors, including the Mirror Room, the grandest of the two upstairs, and a charming front terrace where visitors can grab a slice of pizza before entering the battle.

As a circus and vaudeville theatre in the 19th century, this hallowed establishment has a long and distinguished history. With a large interior and a large repertoire, it ranks among the largest and most modern theaters in the area. Additionally to West End and Broadway shows, the theater features children’s shows, ballets, and a weekly Quatsch Comedy Club, which takes place in the lower level. (The English-language version is held on Wednesday.)

The golden-hued, tent-shaped building designed by Hans Scharoun is home to the world-renowned Berliner Philharmoniker as well as one of the most important classical venues in Europe. Constructed to be as acoustically perfect as possible, it pioneered the ‘vineyard-style’ seating that can now be found around the world.

The repertoire ranges from large visiting orchestras to more intimate ensembles and quartets, who sometimes also perform in the chamber music hall. The venue offers free lunchtime concerts and an innovative online Digital Concert Hall if you can’t get tickets.

Founded by a trio of musician and actor friends in the mid-1990s, B flat is Mitchell’s only jazz venue. Each night, it hosts a variety of music events, usually local bands during the week and international acts at weekends.

The Wednesday jam session is a popular weekly event (free entry), but the atmosphere is usually lively and friendly most evenings. This basement bar offers reasonably priced drinks (no food) and a comfortable environment with comfortable furnishings.

One of the world’s most prestigious classical concert halls, situated on the sophisticated Gendarmenmarkt. In neoclassical style, it hosts its orchestra (Konzerthausorchester, chief conductor Christoph Eschenbach) within the building’s reconstructed façade.

Moreover, it has three concert halls: the Kleiner Saal for chamber orchestras or small groups, the Werner-Otto-Saal for family programs or contemporary music, and the Grosse Saal for large orchestras. You can expect to hear everything from symphonic compositions to contemporary classical music. Espresso Concerts, which showcase up-and-coming talent every Wednesday, are popular.

Finally, we have Tausend. It’s one of the city’s few dressy, upmarket clubs. There is a dapper crowd attracted to the swanky interior with the tunnel-like design, decorated at one end with a huge doughnut-shaped light.

Its music is in a slightly more commercial vein than you’d expect in Berlin, featuring disco, house, and more contemporary genres. Its drinks are as sophisticated as you’d expect, including some with a Japanese flair like the Oscaland (sake with basil syrup and jasmine tea). Reservations are required for the club’s high-end Latin-Asian fusion restaurant, Cantina.

The Beauty of Summer Holiday in France