The Goring stands out from the crowd as London’s last family-owned luxury hotel, with over a hundred years of passion for hospitality and commitment to service. The staff is trained to the highest standards of hospitality – always retaining a timely touch of fun.

Impeccably English and perfectly individual, The Goring features 69 sumptuous suites and rooms, each uniquely decorated with the ﬁnest furnishings. As the last remaining family-owned luxury hotel in London, it is renowned for its warm, intimate atmosphere and personalised service.

Located in Belgravia – one of the most exclusive and elegant areas in central London – it is perfectly placed for spectacular sights and style. The iconic walls of Buckingham Palace border the district and nearby Knightsbridge, Mayfair and Sloane Street make for a fashionable stay. 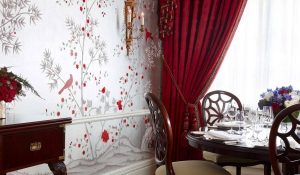 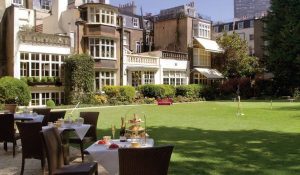 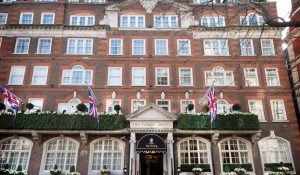 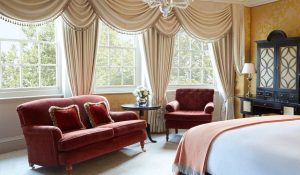 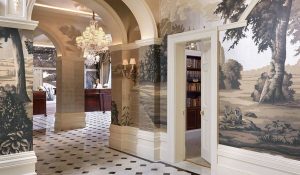 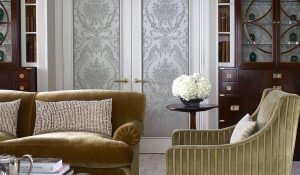 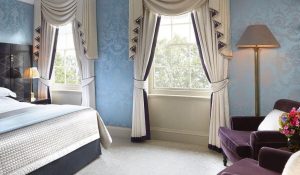 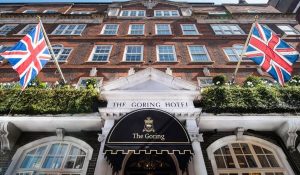 The Goring has some of the finest luxury suites in London. Classic design and up-to-the-minute innovations combine seamlessly with the charm and elegance of English heritage in the hotel’s suites, each one individually designed by one of a number of renowned British designers. The Goring footmen are on-hand to assist guests during their time at the hotel – a true indulgence.

The Dining Room at The Goring has retained its Michelin star a year after first receiving this fantastic accolade. This brilliant award is a testament to the magic that Chef Shay Cooper, Restaurant Manager Mikko Jappinen and Head Sommelier Olivier Clausse, create on a daily basis.

On awarding the restaurant in 2015, the Guide’s editor, Rebecca Burr, said: “The food at The Dining Room at The Goring is a really pleasing mix of British classics and lighter, more modern dishes, all prepared with great skill and understanding.” This pleasing mix has continued and gone from strength to strength in the last twelve months.

The elegant restaurant continues to be a place where traditional British food triumphs, all underpinned by Shay’s deep understanding of provenance and produce. Stand-out dishes include a Cornish fish broth and an unforgettable kedgeree, as well as reinventions of time-proven classics such as Eggs Drumkilbo.

Graciously awarded by HM The Queen.

The closest hotel to Buckingham Palace, The Goring has been a firm Royal favourite for many years, since it first opened its doors. The coronations of George VI and Her Majesty The Queen saw the hotel filled with royalty attending these great occasions from all over the world. The Queen Mother also famously enjoyed Eggs Drumkilbo – a lobster and egg-based dish that remains one of the most popular dishes in The Dining Room.

In 1990, George Goring accepted an O.B.E. from Her Majesty The Queen at Buckingham Palace for ‘services to the hotel industry’. This was followed by the appointment of a Royal Warrant to The Goring in 2013 – the only hotel to have been awarded a Royal Warrant for hospitality services. Royal Warrants of Appointment are a mark of recognition to those who supply goods or services to the Households of Her Majesty The Queen, His Royal Highness The Duke of Edinburgh or His Royal Highness The Prince of Wales.