Considered the “Polar Bear Capital of the World”, Churchill lures people to the shores of Hudson Bay for its majestic predators, beluga whales, a huge old stone fort and endless subarctic majesty.

But while the highly accessible wildlife is enough for Churchill to be on any itinerary, there’s something less tangible that makes people stay longer and keeps them coming back: a hearty seductive spirit that makes the rest of the world seem – thankfully – even further away than it really is.

Wild, formidable, and magnificent, the polar bear has long held a place in human fascination.

The largest land-based carnivore on earth, this dominant Arctic predator uses the sea ice as a hunting platform. It is essential to the polar bear’s survival and the key to its movements. 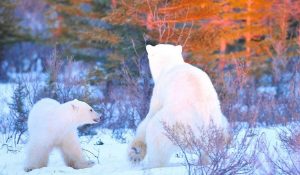 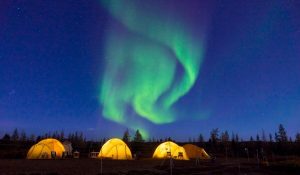 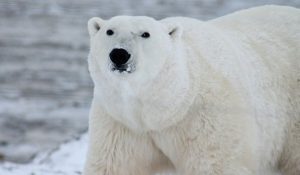 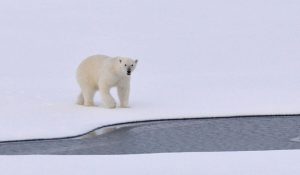 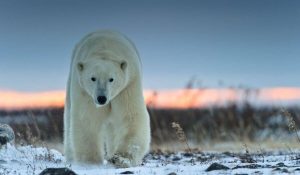 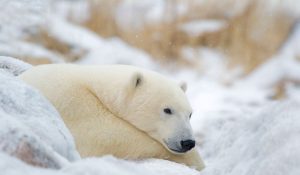 While they wait, the bears can be found inshore all long the west of the bay, spanning from just south of Arivat to York Factory.

Tours are typically conducted in custom-made tundra buggies with indoor/outdoor viewing areas. These vehicles can get close to the bears without jeopardising human or bear safety, though the elevation of the viewing platforms can present challenges for photographers.

Tours operate from July to November. From July to October, the Arctic is in full bloom and bears traverse the countryside. Between late October and late November, polar bears gather in coastal regions giving visitors a chance to see them in the wild.

Some operators offer packages at their remote lodges in March, when mother bears emerge from their dens with their cubs. Bear watching is combined with beluga whale watching in July and August.