The Most Powerful Passports In The World In 2022

The most powerful passports the world are constantly changing. It is because of how many different countries are joining up with each other and forging new alliances, while some countries are breaking away from old ones. With all these changes taking place over time, it can be hard to keep track of which passports have the most power or which ones will eventually become more powerful than others.

Here we will discuss the most powerful passports from around the globe, ranked according to their strength as a travel document in 2022 based on visa-free/visa-on-arrival access, mobility index score (which measures how many other countries can be reached without applying for a separate visa), and acceptance rate by other states’ citizens. 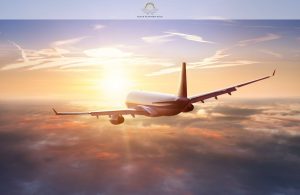 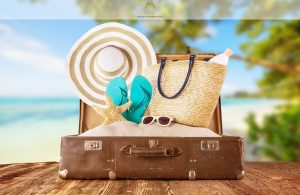 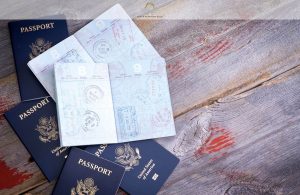 German passport is Europe’s most powerful

In 2021, Germany was named the continent’s most potent passport by The Henley Passport Index, giving German travelers access to 190 locations worldwide without a visa–one of the primary characteristics of strong passports. Japan and Singapore tied for first place in the same listing, with unrestricted visa access to 192 destinations. The United Kingdom and the United States tied for seventh place with access to 185 countries.

The Global Passport Index, recently released by an immigration consultancy called Global Citizens Solutions, placed the United States first for 2022. The index also factored in-country investment prospects, living standards, and the number of countries where citizens do not need visas to enter.

The top passports in 2022, according to Global Citizens Solutions, are:

Canadian passport among the world’s most powerful

There are other passport rankings, such as Arton Capital’s The Passport Index, that evaluate the strength of passports based on other criteria. The Passport Index is an international mobility intelligence platform created and run by Arton Capital. It offers interactive travel requirements and ranks, compares, and indexes passports based on mobility scores.

According to Arton Capital, Canada has been named among the world’s most powerful passports in 2022.

Arton Capital’s most recent study covers the status of global mobility in the fourth quarter of 2021, including the significant changes owing to the COVID-19 epidemic. Arton Capital also looked at the passports of 193 UN member states and six dependent territories (Macau, Taiwan, Hong Kong, Kosovo, Vatican City State, and Palestinian Territory) for its passport index. In all, a total of 199 passports are evaluated.

In 2021, the United Arab Emirates was declared the “World’s Most Powerful Passport” with a mobility score of 160. The Emirati passport provides worldwide unrestricted or visa-on-arrival access to a wide range of countries. The UAE is not only the top Arab nation in terms of rank on the Passport Index, but it’s also the lone member of the top 10. The United Arab Emirates claims the top spot, with Germany, Finland, and Italy taking second through fifth place, with their respective travel documents allowing Visa-free access to over 100 countries worldwide. Meanwhile, the third-ranking is occupied by Sweden, Denmark, Austria, Luxembourg, Switzerland, South Korea, and New Zealand. The Netherlands, Belgium, Portugal, Spain, and Australia took fourth place in the Passport Index.

To warp up, the Henley Passport Index ranks Germany and Japan as the top two most powerful passports globally. However, it’s important to note that there are other passport rankings, such as Arton Capital’s The Passport Index, which calculates the power of passports based on different criteria. According to Arton Capital, Canada has been named among the world’s most powerful passports in 2022, with France, the Czech Republic, Malta, Norway, Poland, Hungary, Ireland, and the United States of America taking fifth place.

If you’re looking for a way to improve your global mobility ranking through travel documentation. In that case, it might be worth doing some research into what is required by law or customs when traveling abroad so that you can make an informed decision about how best to protect yourself while exploring new destinations around the globe.