The Ultimate Tour of Germany, the Land of Poets and Thinkers

A trip to Germany is a must if you want to observe medieval houses, old towns, small villages, and churches and be taken back in time.

The Heart of Europe has been through a lot throughout its history, resulting in so many major cities. There is a distinct character to every city, built by history and shaped by the region around it. There is no doubt that the country of Germany is a place every traveler should see. Above all else, you will enjoy exploring the rest of Germany because the locals will be more than willing to share their city’s culture with you.

Berlin is Germany’s largest and most popular city. Just to visit all of the fascinating tourist destinations in Berlin would take you at least one week. The city of Berlin is also a great place for those who enjoy the arts, theater, and music. Along with opera houses, you will find exhibits that tell the story of Germany as well. To see antiques, memorabilia from World War II, and modern technology, you can visit the Bauhaus Archive, the Deutsches Technikmuseum, and the Pergamon Museum. 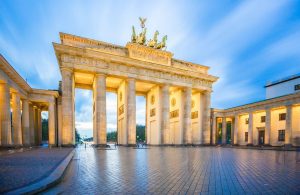 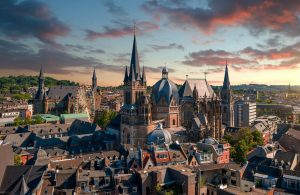 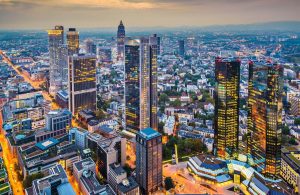 Germany – The Land of Poets and Thinkers

You probably thought that only paintings or movies captured the beauty of Germany’s castles and cathedrals. Many tourists prefer to visit the famous Rhine River. In addition to attracting tourists and photographers, The Rhine also attracts poets and painters due to its natural beauty. Due to the warm and sunny climate in this area, it is also known for its wine industry. Each village of the Rhine celebrates several wine festivals every year. In the region, the Rhine in Flames is the most popular series of celebrations.

The local foods in Germany are undoubtedly worth trying while you are in the country. German cuisine often contains meat and lots of different kinds of spices. It is common to have noodles, potatoes, or potato dumplings with meat-based main dishes. One great aspect of German restaurants is that you don’t have to guess what the food prices will be. Menus and prices of these food establishments must be displayed on the outside of the establishment.

To ensure that you get the best out of what Germany has to offer, we’ve compiled a list of luxury tours you should check out on your next trip to ensure you get the best in luxury value for your buck. 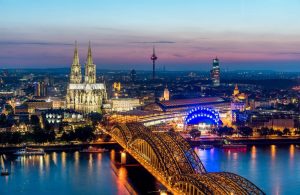 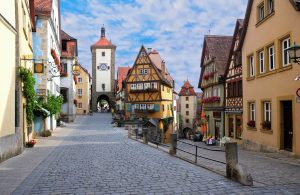 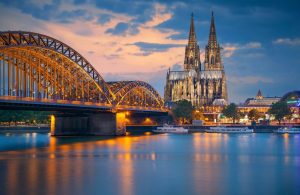 The 4 Best Luxury Tours In Germany

A sophisticated traveler’s ultimate Dresden, Berlin, and Potsdam private tour. Your guides will share the stories and history of each city.

Explore Berlin, Europe’s cultural capital and the vibrant capital of Germany. Visit the Brandenburg Gate, the Reichstag hall, and the Holocaust Memorial during your flexible private tour. Consider touring the Jewish Museum or the world-renowned Pergamon Museum, among the many world-renowned institutions located on Museum Island. Discover the most shopping districts, interesting markets, neighborhoods, food halls, modern architecture landmarks, and art galleries of Berlin.

Visit the UNESCO-listed town of Potsdam, with parks, palaces, and lakes, one day. Then explore the palaces and pavilions built for Prussian kings, including Sanssouci Palace and other palaces. See Einstein Tower, a historic astronomical observatory, and shop in the Dutch Quarter and Old Town. As an option, you can explore Sachsenhausen, a Nazi concentration camp from World War II.

Take part in another private excursion to Dresden, which is also listed on the UNESCO World Heritage List. Tour Frauenkirche, Zwinger, Albertinum, and Green Vaults, among other interesting cultural attractions.

While on this tour, patrons generally stay at the Waldorf Astoria Berlin or Regent Berlin.

You can visit the fairytale castle built by King Ludwig II in the 19th century, Neuschwanstein, on a private excursion into the picturesque Bavarian countryside. Next, explore a romantic, turreted palace, Neuschwanstein offers sweeping views of the surrounding mountains, lakes, and farmland. It serves as a model for Disneyland’s Sleeping Beauty Castle. See nearby Hohenschwangau, the neo-Gothic castle where Ludwig spent part of his childhood, and the Rococo-style Wieskirche, a UNESCO World Heritage Site.

While on this tour, patrons generally stay at the Waldorf Astoria Berlin or Regent Berlin while in Berlin. The Mandarin Oriental while in Munich, and Brenners Park-Hotel & Spa while in Baden-Baden.

A luxury private tour of Germany at its very best. The Highlights of Germany tour explores the most interesting experiences, and popular destinations in the country. Including, but not limited to, atmospheric medieval villages, vibrant cities, romantic castles, world-class cultural institutions, beautiful countryside, expansive gardens, and excellent alcoholic beverages.

The Bavarian capital of Munich is a dynamic place to begin your journey. Explore the highlights of the Old Town during a private tour. See the neo-Gothic city hall and Glockenspiel at Marienplatz. Browse the Viktualienmarkt, visit local gardens and stroll interesting shopping streets. You can tour the city’s symbol, the Frauenkirche, as well as the Museum of Beer and Oktoberfest. In addition to the Residenz and the Alte Pinakothek, you can also trek to the Residenz (the former royal palace). The expert guides are also able to arrange private visits to the BMW factory and museum, as well as the Nymphenburg porcelain factory, upon request.

While on this tour, patrons generally stay at the Waldorf Astoria Berlin or Regent Berlin while in Berlin. The Mandarin Oriental while in Munich, Hotel Herrnschloesschen or Hotel Eisenhut while in Romantic Road, and Hotel Taschenbergpalais Kempinski while in Dresden.

Closing out our list is the Luxuries of Southern Germany tour. Luxury private tours of Germany are available that showcase cultural highlights in Bavaria, as well as the country’s best spa towns, palaces, castles, gardens, and museums.

Start your journey in the heart of Germany, Munich. Enjoy an Old Town tour in the Old Town. View the famous Glockenspiel on Marienplatz, a Neo-Gothic city hall. Browse the Viktualienmarkt outdoor food market and stroll interesting shopping streets. If desired, visit the Frauenkirche-the symbol of the city-and the Beer and Oktoberfest Museum. You can also visit the Residenz (the former royal palace) or the Alte Pinakothek. A private excursion to the BMW factory and museum or the Nymphenburg porcelain factory is available through Artisans of Leisure.

While on this tour, patrons generally stay at the Mandarin Oriental while in Munich, Brenners Park-Hotel & Spa while in Baden-Baden.

Love The Crown? Here are 10 UK castles to rent and live like royalty