There’s no better place to enjoy a cocktail before the evening gets underway, or simply to unwind with a well-deserved nightcap, than the classic hotel bar. Old-fashioned watering holes are often over-the-top, and opulent, but they have an undeniable charm. As for the bartenders, you better believe they are full of hilarious tales from yesteryear.

There are many things to experience at a good hotel bar, from charming bartenders to overheard gossip to rooftop views of wherever you are. A truly great hotel bar is also rich in history, legend, and lore. They have served icons from all eras and created some of the best classic cocktails. The origins of food and drinks are often unclear, but the luxury hotels on this list all claim a cocktail. Discover the genius people behind our favorite drinks, including the martini, Bloody Mary, and more. 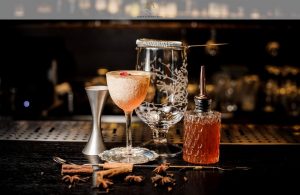 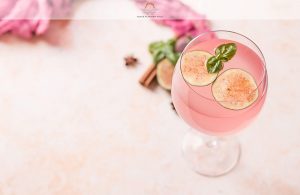 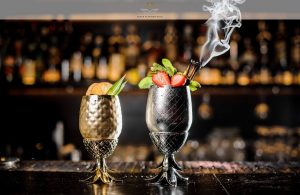 First, on our list, we have the Sidecar. It may cost you 1,500 euros ($1,621) at the Ritz, Paris for a Sidecar (as of 2017). The reason: It uses Ritz Fine Champagne 1865 Cognac. It’s a luxurious, and expensive cocktail containing only two other ingredients: Cointreau and lemon juice.

A good Singapore Sling should be able to be shaken by any barkeeper worth her grenadine. Over a century has passed since the punchy pink concoction appeared. According to legend, the very first one was served by bartender Ngiam Tong Boon at Raffles in 1915.

The drink’s rosy hue was convincing to the casual observer that it was non-alcoholic, in the 1920s, when drinking alcohol was frowned upon by polite society. There is debate over the original drink’s ingredients, and historians believe that its makeup has evolved over time. Although cherry brandy, Benedictine, and bitters are certain to appear, who will say whether they are also present varies. This cocktail includes grenadine, pineapple juice, and cointreau, (among others).

Third, we have the Red Snapper. Despite not having created the original Bloody Mary recipe, the King Cole Bar at St. Regis contributed to the arrival of the brunch drink. After moving to New York in 1934, Fernand Petiot, one of several Parisian bartenders who was believed to have invented the Bloody Mary in the 1920s, wanted to offer it at St. Regis. Although their class of clients finds the name crass, the Astor family who owns the hotel disputes its use. A brunch obsession was born after Petiot changed the name to a less gruesome Red Snapper.

Sir Harry’s Bar is famous in the Waldorf because Frank Sinatra and Grace Kelly partake in Rob Roys there. A cocktail inspired by Robert Roy MacGregor was invented in 1894 to celebrate the opening of an operetta. Manhattan’s clubby mainstay still uses Scotch, vermouth, and bitters for this cocktail, straight or on the rocks.

Next, is the Piña Colada. A trip to the tropics is not complete without a pia colada, is it? No way. Thus, it’s too obvious that such a drink was invented at a resort-like the Caribe Hilton in San Juan. It was Ramón “Monchito” Marrer who first shook up the drink in 1954 – this was pre-blender, so yes, the original was shaken. The original drink, however, didn’t contain any alcohol. Twenty years later (in 1978), the beverage had become renowned across the globe and was dubbed the official drink of Puerto Rico.

America’s first cocktail is generally considered to be the Sazerac. In the mid-19th century, bitters made by Antoine Amedie Peychaud (creator of the eponymous bitters) were made into Sazeracs. The drink was served in an egg-shaped cup known as a coquetier, which supposedly led to the evolution of today’s word ‘cocktail’ by way of an inadvertent Chinese telephone game.

Cognac was in short supply twenty years later, so rye whiskey became the main ingredient. Sazerac Bars became mainstream in New Orleans after the Roosevelt opened in 1949. You can still order one in the hotel bar when you’re in town to this day.

In recent years, Negroni drinks have undoubtedly gained popularity. Despite its recent mainstream popularity in the U.S., the classic cocktail dates back to the early 1900s.

The legend goes that a bartender, who served an Italian count named Negroni, added a splash of gin to his sweet Vermouth, and Campari mixture. From there, as they say, history was made.

Ninth on our list is the Black Russian. A barman at the Hotel Metropole named Gustave Tops in tribute to an American named Perle Mesta invented the Black Russian (the precursor to the White Russian), a buzzy beverage made from vodka and coffee liqueur. Informally, Mesta was the ambassador to Luxembourg, but she was also regarded as one of Europe’s top party hosts. She hosted extravagant parties for everyone from former American presidents to celebrities.

READ RELATED POST  The Safest Places To Travel In 2022

An icon of the bar world, The Connaught Bar Martini is the signature drink of The Connaught in London. There is a beautiful black lacquer trolley on which it is prepared and served. The trolley features a stunning Japanese crystal mixing jar designed to keep cold temperatures constant and is only stirred, never shaken, with the ice being kept cold through the clever design of the jar.

French designer Jean Jacques created the elegant crystal martini glasses especially for The Connaught Bar, as well as silver stirring utensils. The Connaught Bar gin is used to make martinis at the bar (for guests who request gin), which was created to mark the bar’s 10th anniversary.

Top 10 Luxury Experiences in the Mediterranean