“Capri is one of the magnetic points of the universe”

The myth of Capri hospitality has spread throughout the world thanks to many artists, poets and writers, who were enchanted over the centuries by its timeless beauty.

The history of Capri hospitality goes far behind in the past: in the 1st century B. C, Emperor Caesar Augustus felt so much in love with Capri to that he gave Ischia to Naples in exchange for it.

Another emperor, Tiberius, settled in Capri from 27 to 37AD and he began the construction of some imperial villas on the island, among them the outstanding Villa Jovis.

In the 17th century Capri became a destination of the Grand Tour, a cultural tour of Europe formerly undertaken by young men of the upper classes as a part of their education.

Particularly, Villa Jovis and the other Roman villas discovered in those years attracted countless travelers.

In the 19th century travel motivations changed, and the traveler who arrives in Capri is no only the archaeology enthusiast aiming to visit the excavations of Tiberius, but also the intellectual and artist who lands on the island to paint it, study it, tell the world about it.

Hence, several artists have celebrated this little rocky island whose inaccessible coasts are full of caves and caverns: it was in 1826 when two painters Kopisch and Fries came by chance across one of these caves, the famous Blue Grotto (Grotta Azzurra),which suddenly became a charismatic magnet for millions of tourists drawn as well by the inspirational scenery, gentle climate and dreamy, liberal lifestyle.

Among the rocks of Marina Piccola or the ruins of Villa Jovis, significant personalities for the avant-gardes of the twenties and thirties met: the futurists with Marinetti, Prampolini, and Depero, and the circumvisionists; Romaine Brooks, Marevna, Walter Benjamin and Peggy Guggenheim.

In the early 1900s, expatriate bohemians gathered in the Matermània Grotto for faux-pagan celebrations of a more bacchanalian nature.

One, in particular, has gone down in legend. In 1910, Baron Jacques d’Adelswärd-Fersen, an opium-addicted French poet (whose neo-Classical villa attracts tourists today), staged a human sacrifice to the ancient Roman sun god Mithras.

In the same period, the political wind of the East was blowing in the streets of Capri and around its houses, with the First High School of Propaganda and Agitation for Workers founded by Bogdanov, Lunacharsky, and Gorkij (despite Lenin’s opposition). Above all, Edwin Cerio – the ironic bard of Capri’s cosmopolitanism – welcomed the exiles and acted as a bridge between international culture and Mediterranean culture.

In the 1950 and 1960s, the literati gave way to glitterati. Images of Jackie O wandering the narrow lanes in ankle-skimming Capri pants, huge sunglasses pushed back on her head, are synonymous with the island’s appeal in the heady jet-set age.

Since then Capri has always been loved by famous people of all kinds, from all over the world. Its charm has always attracted artists of all sorts … And never mind if writers, intellectuals, poets, painters, and nobles of the past today have left the field to movie stars, football players, showgirls, celebrities, and TV starlets.

But why Capri is so unique to be called “magnetic point of the universe”, by the painter and writer Alberto Savinio ?

Because Capri, even before being the island, is an island and also a non-place invented by men: it is a form, and this form is a cloister and an exclusion.

“Capri makes you forget everything”, remarked Lenin when visiting Maxim Gorky here in 1910.

The island always has had its laws, different from those of the continent. There is something monastic and anarchist, a cloister, and exclusion in the idea of an island. The island has an oracular vocation: the one that talked about Russians and Germans, Americans, and English, and so many contemporary hasty nomads. 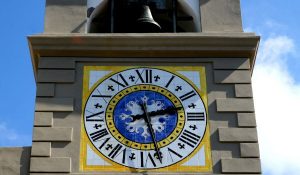 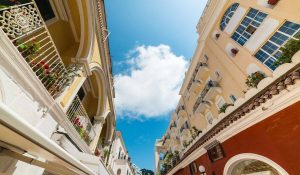 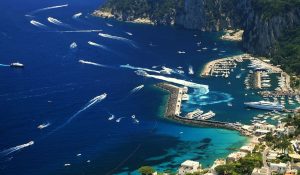 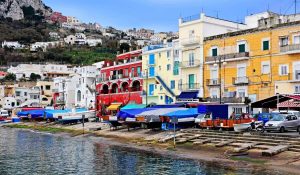 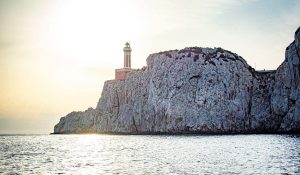 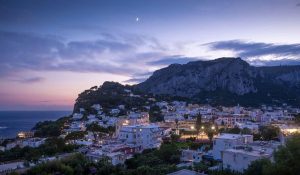 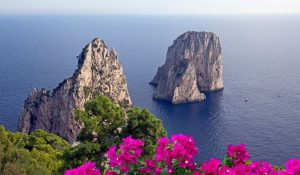 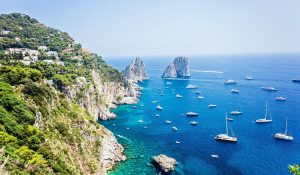 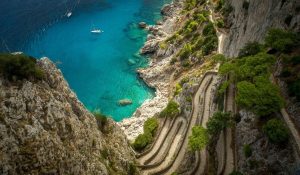 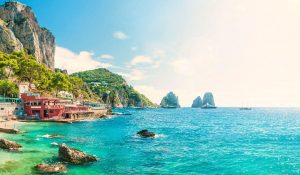